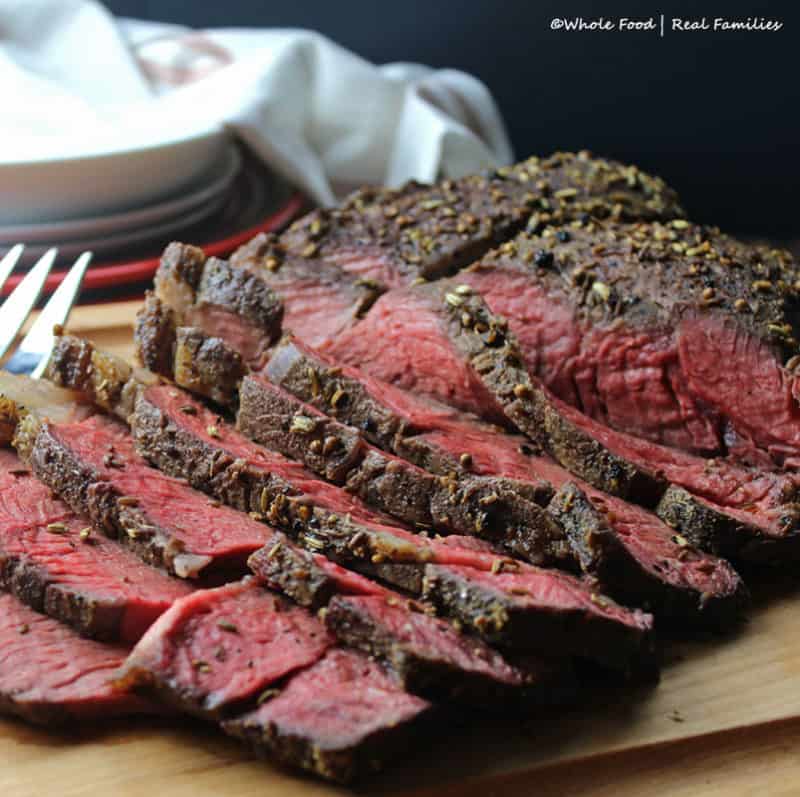 This Coriander and Fennel Crusted Top Sirloin Roast just might make you decide on beef as your go-to holiday dinners instead of the traditional turkey! Bold and flavorful but as simple as patting on some spices and placing in the oven. How awesome is that?! 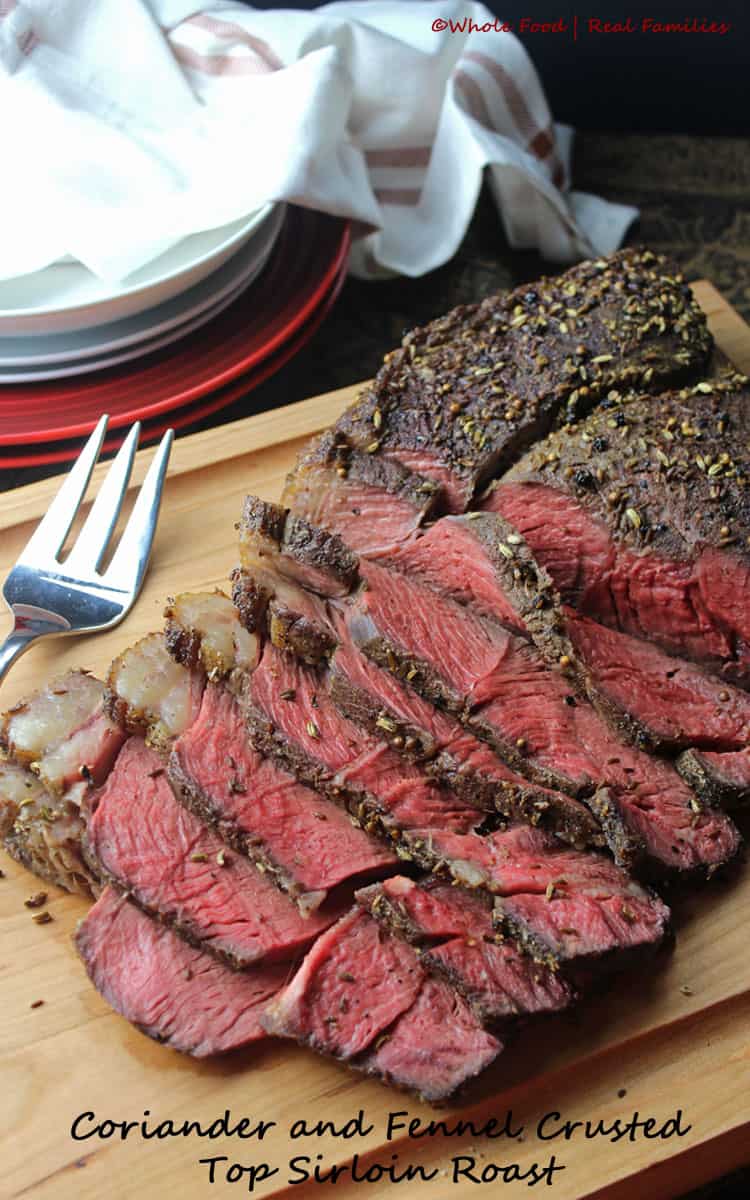 This Top Sirloin Roast may be my new favorite cut of beef on the planet. I grew up on chuck roast with potatoes and carrots, like everyone else. I didn’t know roasts came any other way as a kid. But Top Sirloin Roast is much leaner, which I really like when including beef as a regular part of our meal plan.

The coriander and fennel crust on this roast is so flavorful and savory – I have started to keep the spices premixed because I am using it so often. The flavors really elevate the taste of the sirloin (as if beef needed any more elevating!) I like the texture and flavor of using the whole seeds when flavoring a piece of beef because the meat itself is beefy and bold.

For years, my husband has had the job of hand crushing my spices. He never complains but there was the incident with the Ryobi drill and my pepper mill. You can catch it on Instagram here.

The only challenge here is that you can’t always find this cut in a grocery store. And don’t go for the cheapest meat you can find. Make sure you find a USDA Prime cut of meat. If you choose a lower quality meat, the top sirloin can be dry as a roast because it is such a lean cut. 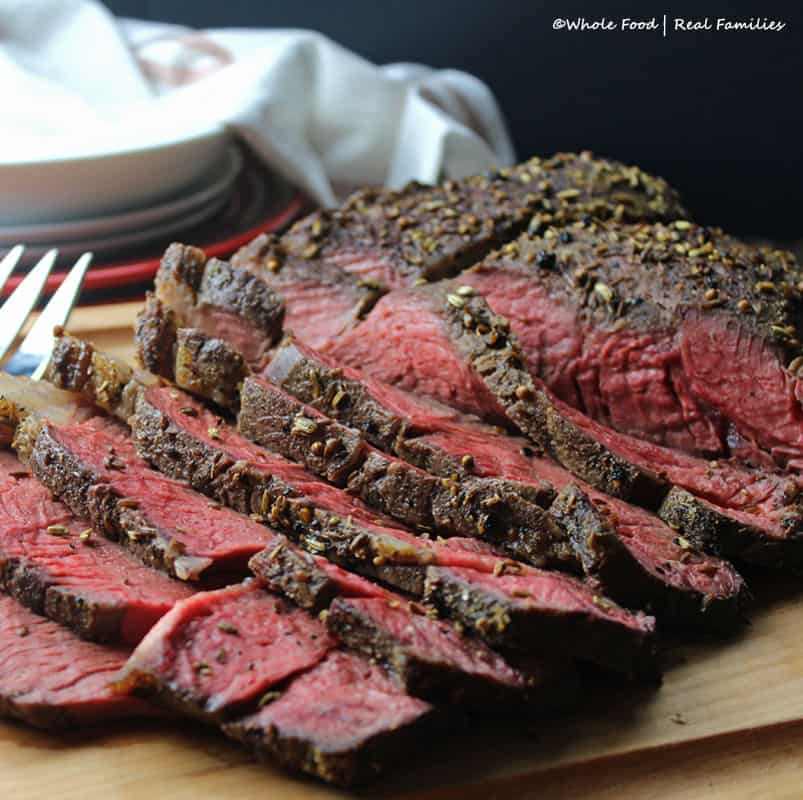 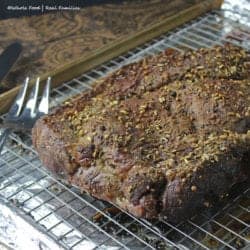 Because Top Sirloin Roast is so lean, you will generally want to cook it to medium rare, medium at the outside or the meat will become dry and tough. You also want to cut it against the grain, rather than with the grain for serving. These two small concessions will give you beef that is so tender, you can cut it with a fork and butter knife.

This Coriander and Fennel Crusted Top Sirloin Roast calls for the roast to be placed on a rack. This will be very helpful in your roast cooking evenly. I also cover my pan with foil to make for a simpler cleanup. Your setup will look something like the photo on the right. 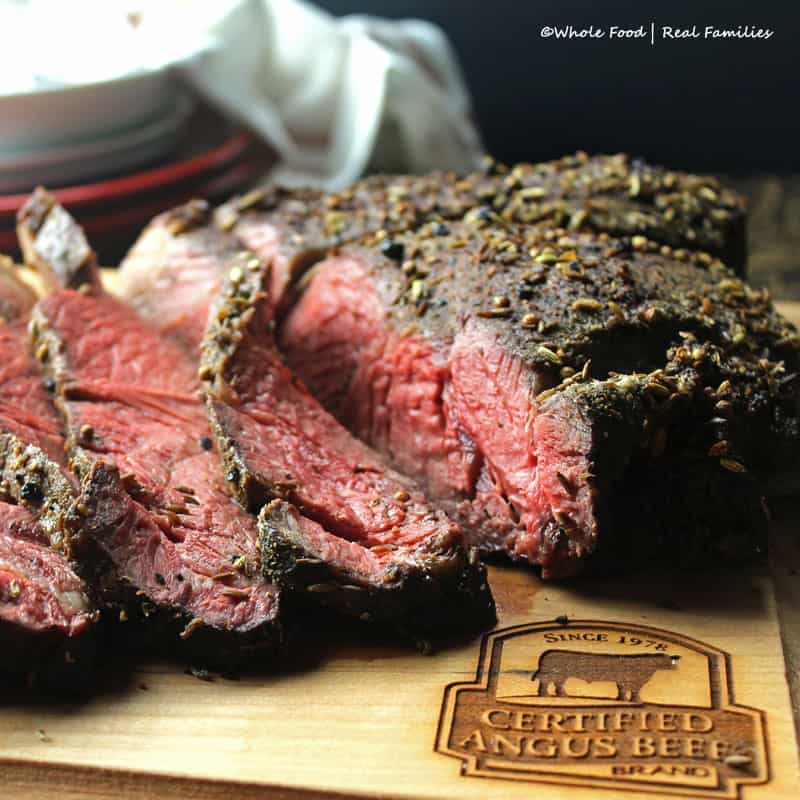 Making the Most of your Top Sirloin!

If you guys have been around long, you know I like to cook with the plan of having leftovers. It just makes cooking later in the week so much easier. And if you are planning to cook this Coriander and Fennel Crusted Top Sirloin Roast for a holiday, turning the leftovers into this Coriander Crusted Steak Salad sure does beat three days of microwaved turkey! 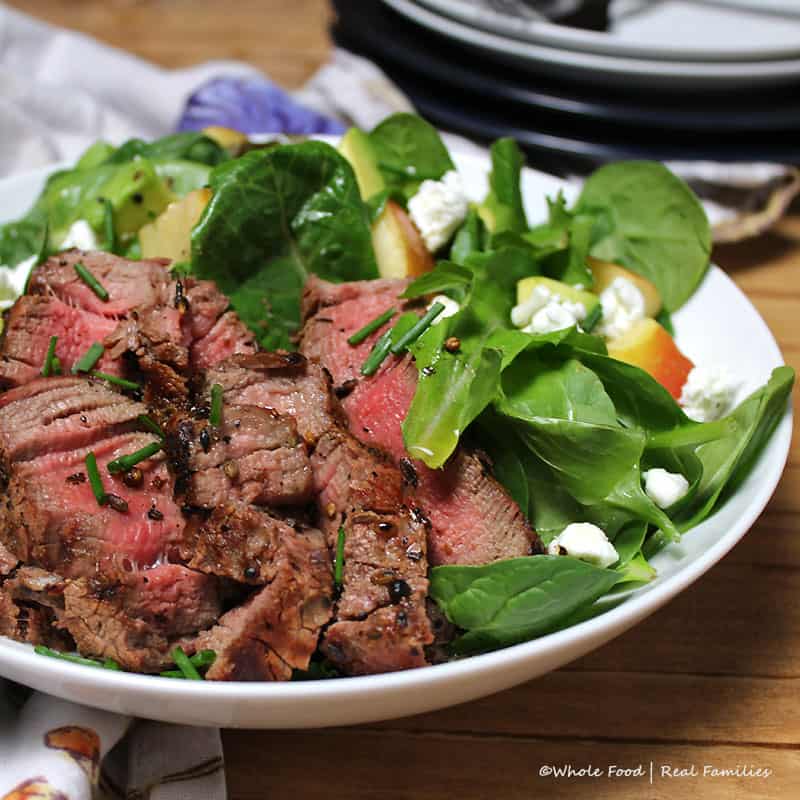 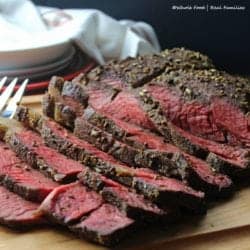