Home » Family » Teaching Kids to Respect Each Other 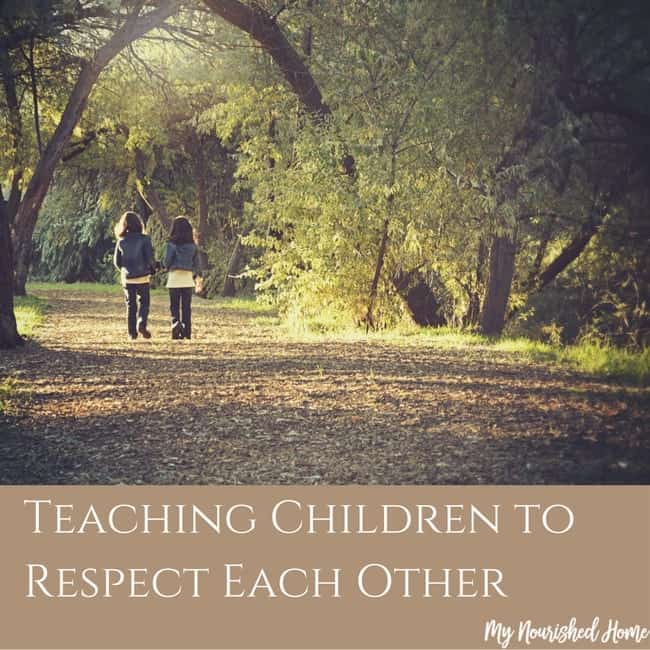 It was about the third time in under an hour that I had to step in and referee the kids’ arguing.  I was frustrated and they were unleashing a whole lot of nastiness upon each other for seemingly no reason at all.  The level of disrespect was at a new time high and, quite frankly, I was done with it.  I knew there had to be a better way to get them to communicate and, above all, respect each other.

I’m definitely an advocate for it being okay to disagree and we’ve worked hard to teach the girls that sometimes it’s okay not to be on the same page.  The important thing is that no matter what their opinions are, they still have to respect each other.  That’s not always an easy thing to teach because it’s a lot easier to lash out with name-calling and frustrated words than it is to take a deep breath and listen.  So, that day, when it came to a head and the level of disrespect far outweighed the level of respect going around, we had a sit-down talk and came up with three rules that everyone in the family has to abide by.

Teaching Kids to Respect Each Other

The only name that you should be calling anyone in our house is their given name or a name of affection.  Names that indicate some sort of disrespect have no home here and cannot be used. Ideas and thoughts are also not allowed to be called “dumb” or “stupid” simply because someone disagrees. This one rule alone cuts down on a lot of disrespectful talk between our kids.

We’re a vocal family and sometimes our voices can be a little bit loud. However, the kids were taking it too far and instead of simply raising their voices, they were actually yelling at one another. There’s a difference and it isn’t a good one.  So, our second rule became no yelling.  That means that if you find yourself talking too loudly and directing your voice at the other person in a negative way, that’s yelling and it has to stop.  Admittedly, this is a challenging thing to teach a young child, but where they’re yelling at someone, they’re also showing a lot of disrespect.  Modeling the behavior we want has been a good way to reinforce the concept.

Rule #3: Hands to Yourself

There is a hard and fast “Hands to Yourself” rule in our family. There’s no hitting, no punching, no pinching, no squeezing, no throwing of things at another person, etc. There are few things more disrespectful than touching someone in anger, so our rule is simply hands off.

Although the three rules are basic and should be commonplace, it’s been really important to teach our kids these foundations of respect.  We think it is one of the foundations of raising a positive child. They don’t always have to agree, but they do have to abide by the rules we have in order to have a respectful conversation. It’s all well and good to have the rules, but it’s equally important that we consistently model and reinforce them. My hope is that by teaching our kids how to respect each other at home, they’ll be able to show respect to others outside of the house – especially when they disagree.