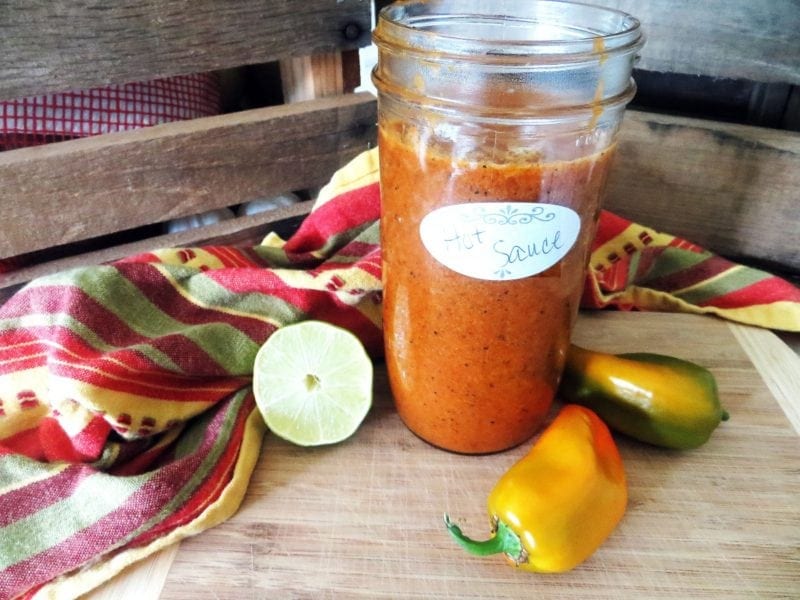 Note the name of this recipe is Roasted Pepper Hot Sauce, not salsa. I just wanted to point that out up front. Makayla – who started as my sometimes babysitter but is now my sometimes babysitter, sometimes sous chef, all the time adopted 4th child, all the time comedic relief – does not like spicy food and did not get the memo that we were making hot sauce, not salsa. When we make salsa, she eats the mild version I make for my little kids.

Before I publicly make fun of Makayla, I will say that she is a terrific person. She makes my children laugh. She makes me laugh. She is the hardest working, most positive,  most disciplined young person I have ever met. When she walks in my front door (without knocking, we’re way past that) the entire level of positive energy increases palpably. So I love her. I keep trying to talk her parents, who are also wonderfully wry people themselves, into selling her to me but so far they have refused. But I haven’t given up.

Makayla is also a weird and picky eater. (I can hear her yelling “I am not!” while I am writing this.) She hates everything new when she tries it for the first time. She tries to hide it now because I have made fun of her about it so much – but she scrunches up her nose the minute any new food goes in her mouth. Somehow her proclivities around food work for us. When I am trying a new recipe, Makayla is the perfect taste tester. If she likes it, chances are other people will too. Also whatever comes in her brain comes out her mouth, which is helpful when seeking feedback as long as you keep your sense of humor. (It is also helpful that she is totally comfortable chopping vegetables while Peyton, my baby, sits on her feet.) But spicy food is in a totally different category. She lives firmly in the population of people who just can’t do spicy food.

So because Makayla is a good sport and has a vested interest in seeing the food created in my kitchen turn out well, she watched carefully as I roasted peppers under the broiler, peeled the blackened skins off after slipping on gloves, and watched as we blended the peppers into a beautiful hot sauce. Then she dipped the tip of her organic corn chip into the sauce. “That’s not too bad.” Then she didn’t dip, she dunked. And popped a chip covered in hot sauce into her mouth. For a second, I thought it would be okay. Then she pushed her glasses to the top of her head so she could rub her eyes. Then her face got red. Then she started uttering unintelligible things – I’m not quite sure what all she said but around the time I heard the word HELP, I poured her a glass of milk and pulled some leftover homemade ice cream out of the freezer because that is what my dad taught me would help stop the burning.

Then I did the worst thing ever. I started laughing. Not giggling. Laughing, belly laughing. And I took a picture and text it to her boyfriend so he could make fun of her too. I still feel a little guilty about that last part. 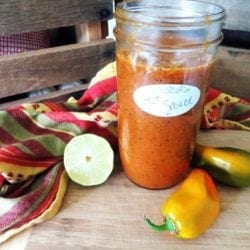