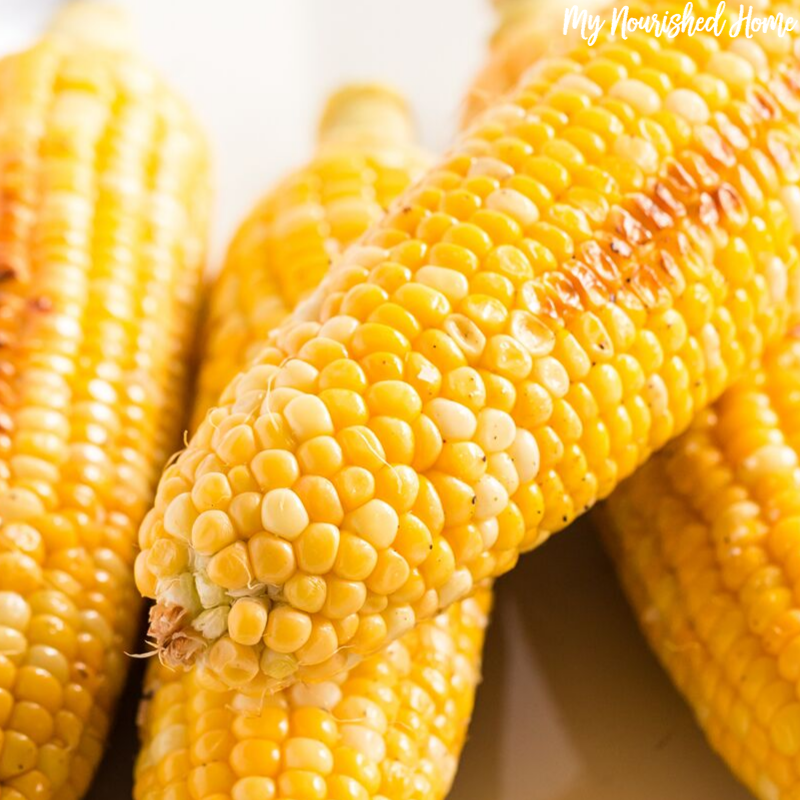 Oven Roasted Corn on the Cob is a staple in the summer months, but we love it all year long. Easily cook corn on the cob in the oven for an intense, sweet, roasted flavor. You can even cook it straight from frozen!

Roasted Corn on the Cob

Corn is so sweet when picked fresh. We regularly visit the farmers’ markets to make sure we get our share. But it doesn’t stop us from eating roasted corn in the offseason. Thankfully, you can get sweet, fresh corn on the cob year-round.

We love grilled corn but we also love to grill things like this whole smoked chicken or these smoked pork chops. Which means our grill is pretty full by the time we get ready for side dishes.

It saves grill space — and is easier to manage during the weekday — to bake corn on the cob in the oven rather than grill it. 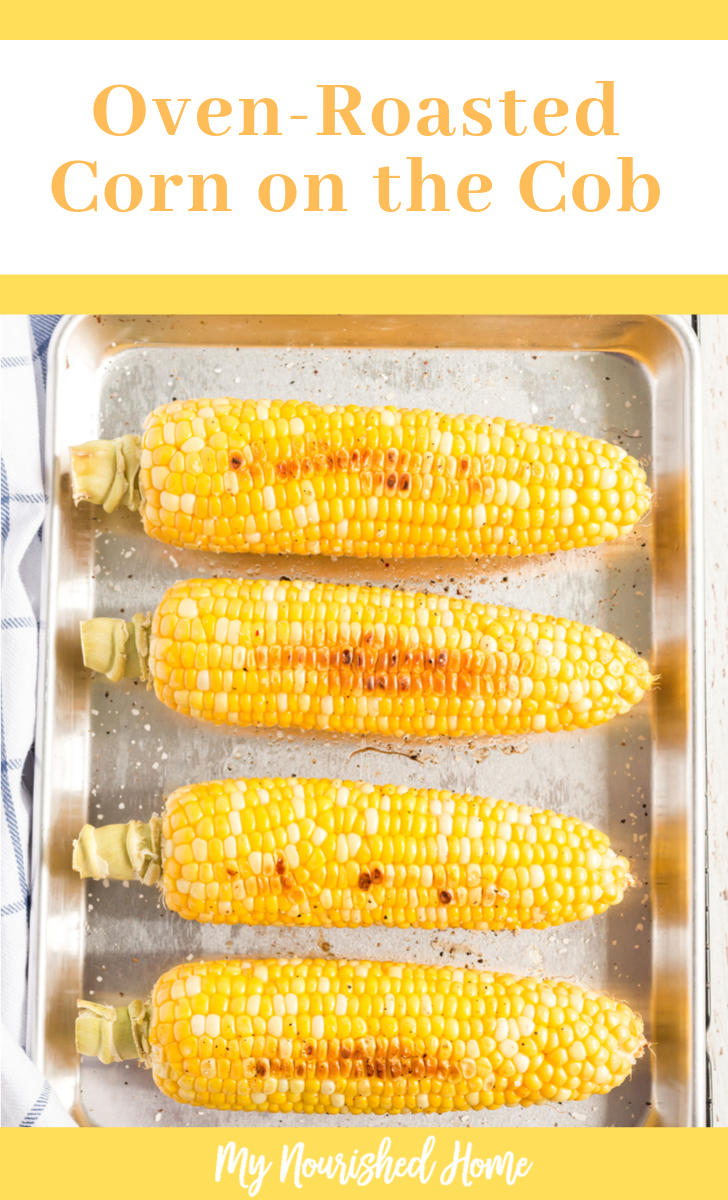 How to Cook Corn on the Cob in the Oven

Place your shucked corn on a baking sheet and drizzle it lightly in olive oil. (Melted butter works too.) I usually just drizzle a little straight from the bottle and use my hands to make sure it is spread evenly over the cob.

Sprinkle liberally with kosher salt and fresh black pepper based on your own preference for taste. Pop it in the oven for 30ish minutes until the kernels begin to brown.

Usually, about halfway through cooking, I shake the pan around to help the corn roast more evenly. 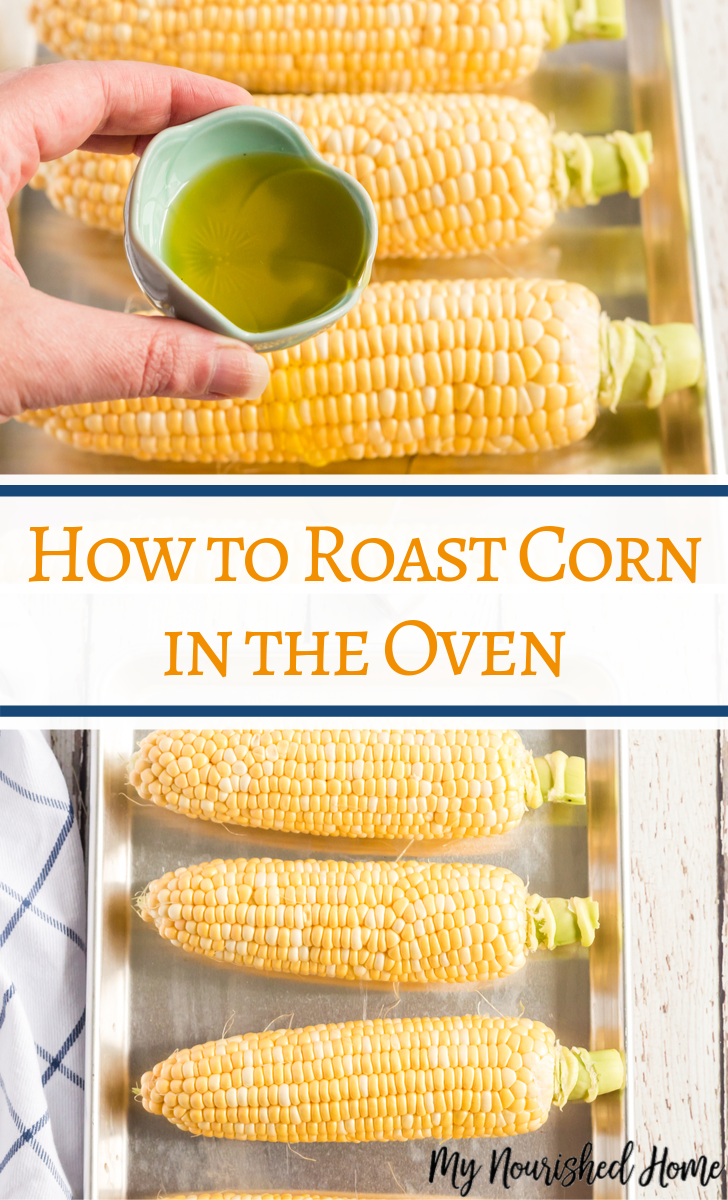 How to Cook Frozen Corn on the Cob

This corn was especially fabulous because it was the result of an experiment gone very well. I froze this corn in the husk. I didn’t do a thing to it other than pick it up from the farmer’s market, put the corn in a freezer bag and put it in the freezer.

I also didn’t thaw it out to cook it. I shucked it while still frozen, drizzled it in olive oil, added salt and pepper and roasted it from frozen. It was delicious!! If your corn is frozen to the point you can’t get the husk off the cob, just leave it a few minutes on your counter. Or drop the entire freezer bag into a sink of cool water. The outer layers thaw enough to peel off the husk in just a few minutes.

There is definitely more roasted corn in our future. You can see instructions for Freezing Corn on the Cob here. 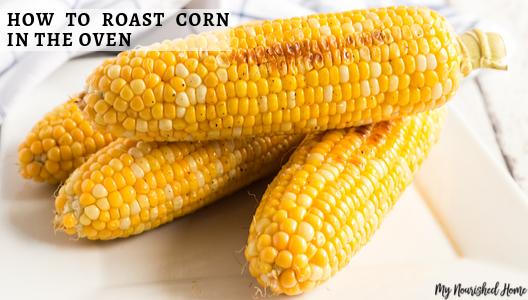 The only small thing I noticed when cooking this from the freezer was that the cob itself was a little softer. The corn kernels tasted exactly the same. But when you bite into the corn, the kernels came off the cob a little easier and whole rather than broken by your teeth. I actually found it to be pretty great! More corn in my mouth, less left on the cob.

Corn on the Cob Recipes:

Looking to liven things up? Try these corn on the cob recipes! 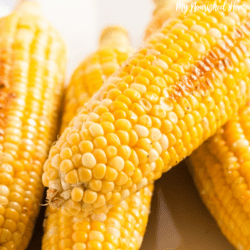