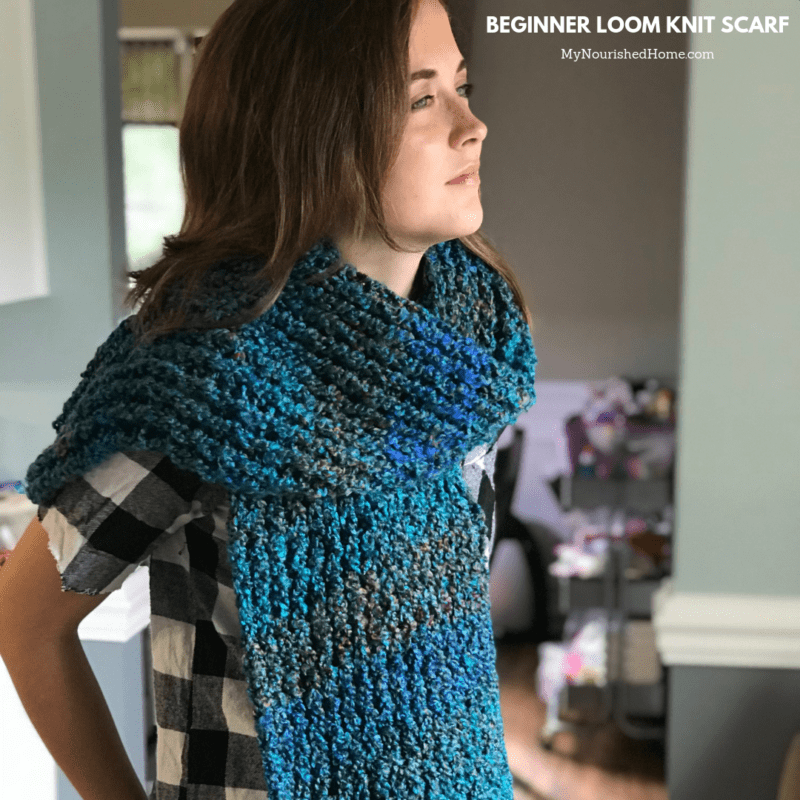 I have met so many people who want to know how to knit or crochet so badly but always say that they are too busy or learning something so complicated feels overwhelming. Do not be overwhelmed.

You can make this Beautiful Beginner Loom Knit Scarf with zero knitting skills. <—- I mean it. Zero. Nada. No skills.

And you will become comfortable so quickly that you will soon be able to make a scarf while you binge watch Netflix. 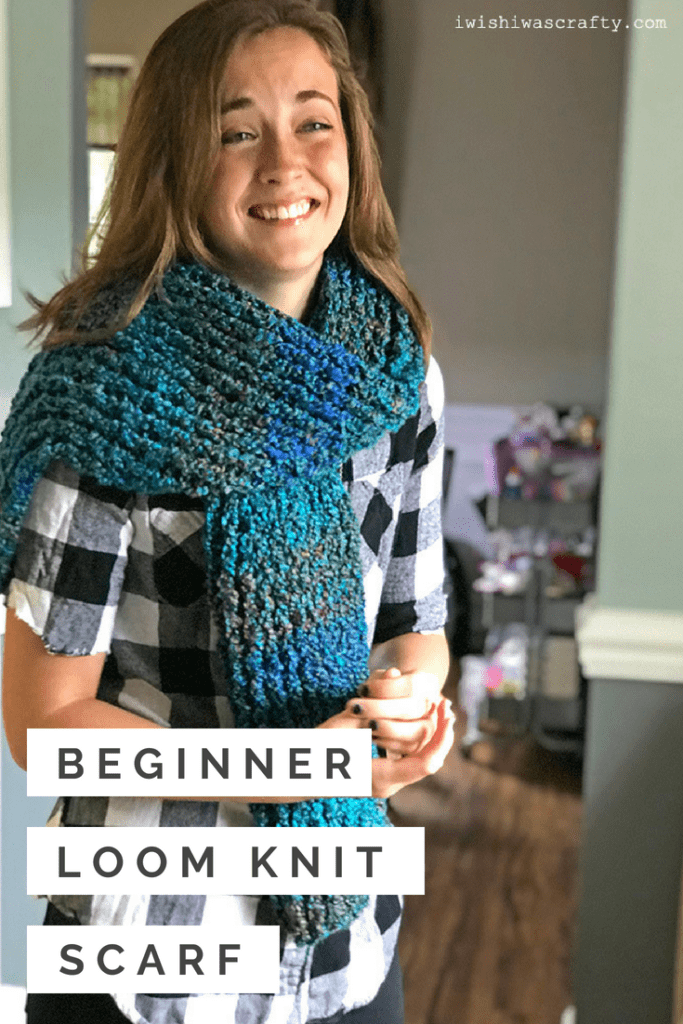 You might have learned to knit on a round loom for the Colorful Knit Cap. Now you are going to learn to work on a long loom. Like the round looms, you can pick up a set with lots of different sizes for about $25.

Beautiful Loom Knit Scarf that is Perfect for Beginners

This Beautiful Loom Knit Scarf uses a stitch called a stockinette stitch – sometimes you will also hear people call it a figure eight stitch. It is made literally by making a figure eight shape between the two lines of pegs on the loom.

Once you learn how to start the project – called casting on – you can really determine the length you want for your scarf on your own. Use a narrower loom for younger kids and a wider loom for adults. I generally just get started and determine the length of the scarf based on who the recipient will be. <— Obviously my 5-year-old will need a shorter scarf than my mother… make sense?

Also, play around with different yarns to see the type of scarf it creates. A heavier, chunky yarn will make a thick, stretchy knit scarf. Great for cold weather!

A super light yarn will create a lace effect with the same stitch, more appropriate for fashion than warmth. 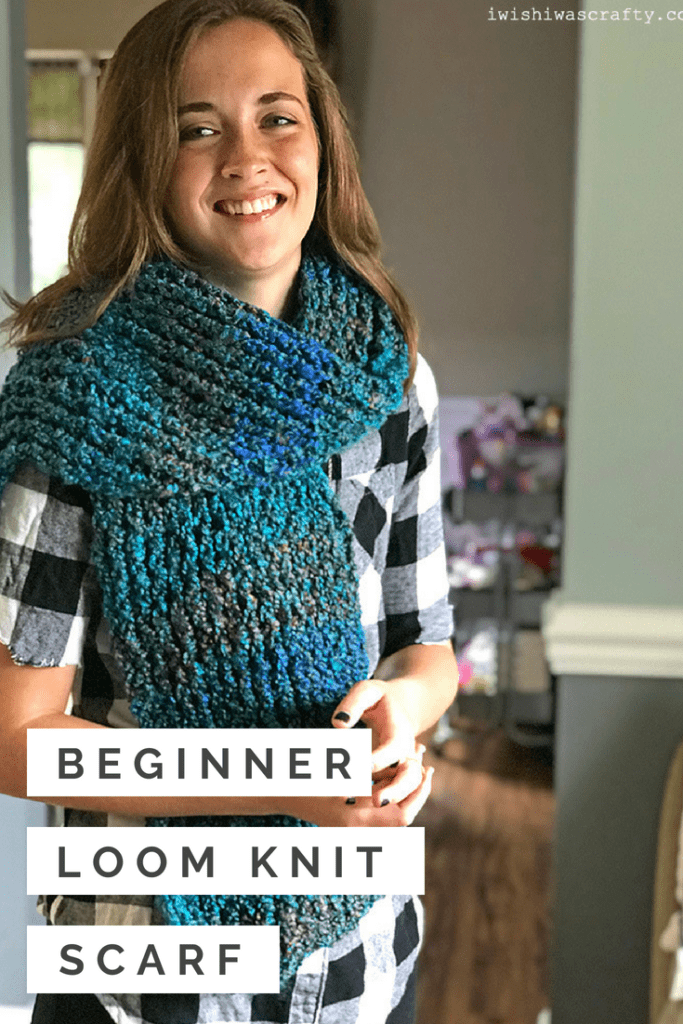 1 straight knitting loom (You can purchase in a set for about $20 – and 8-inch straight loom is a good size.)

1 loom pick (should come with your loom

Tapestry needle for weaving in ends

What You Do to Make the Loom Knit Scarf: