Home » Family » Why I Force My Kids to Play Sports 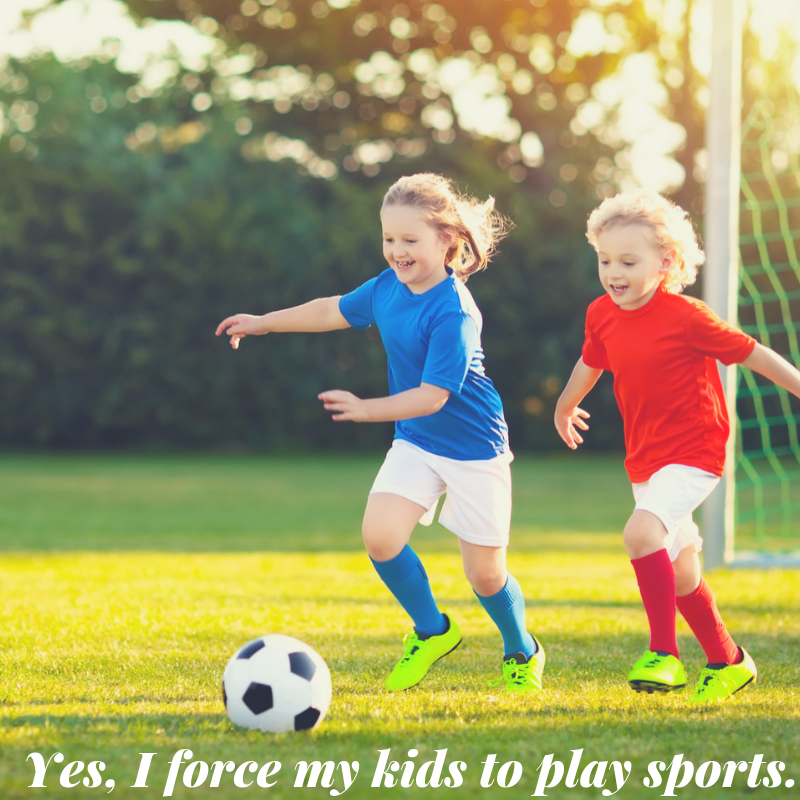 I have three daughters, and my husband and I both force them to play sports. Except we don’t do it for the reason that you think.

Should I make my kids play sports?

The real reason that we ask each of our kids to pick a sport has nothing to do with our desire to live out our high school fantasy through our kids. It’s more about the fact that we want our kids to grow up healthy. We want them to grow up being active as part of their regular life, we want it to be a habit.

Our kid’s athleticism and sense of competitiveness vary wildly from kid to kid. Regardless, it’s still important that they grow up with activity being the norm. We’re very cautious about allowing our kids to sit on the sofa and eat out of the pantry and watch television or play video games. Don’t get me wrong, they totally do those things too – but we don’t let them do ONLY those things.

While wanting them to be proficient with electronics and digital devices, we don’t want it to run their lives, and we don’t want it to stop them from developing normal relationships with other people, especially people their age. We also want them to learn to work and play as part of a team, and everything that goes with that including bickering with kids their own age or having to take advice from teachers or coaches that they don’t particularly want or really like.

We want our girls to learn that they can try and fail and still be okay and have fun while they do it. And if they find a  natural competitive streak inside themselves, we want them to learn that accomplishment requires hard work. It’s not supposed to be easy from the beginning. If they want to be competitive, then we want them to find that drive to work hard towards something they love. 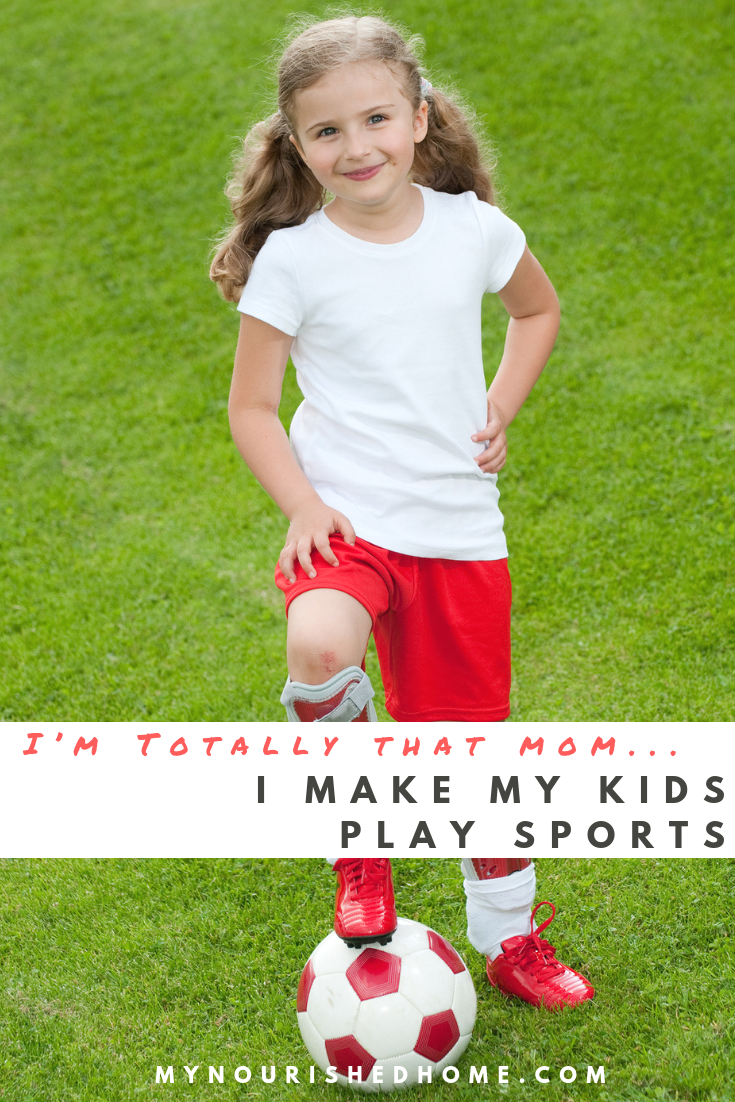 Are sports good for kids?

My oldest daughter, who I feel like I can talk about because she’s 18 and we can laugh about it now, played soccer from the time she was five years old. But the truth is, she doesn’t have a competitive bone in her body. Beating other people didn’t motivate her… at all.  Just being on the field with other people made her happy.

I’ll admit, sometimes the kids who were really competitive didn’t really get it, and that was okay. What she learned along the way is that it was okay to be herself, and if the interaction with other people made her happy, that that was okay with us.

It was when she entered high school that she found cross country running. It was perfect for her. She felt less pressure to compete head to head with other runners. But was always competing against her own best time – and she was part of a team.

She learned to be part of a team, win or lose.  That motivated her to work hard to improve herself. 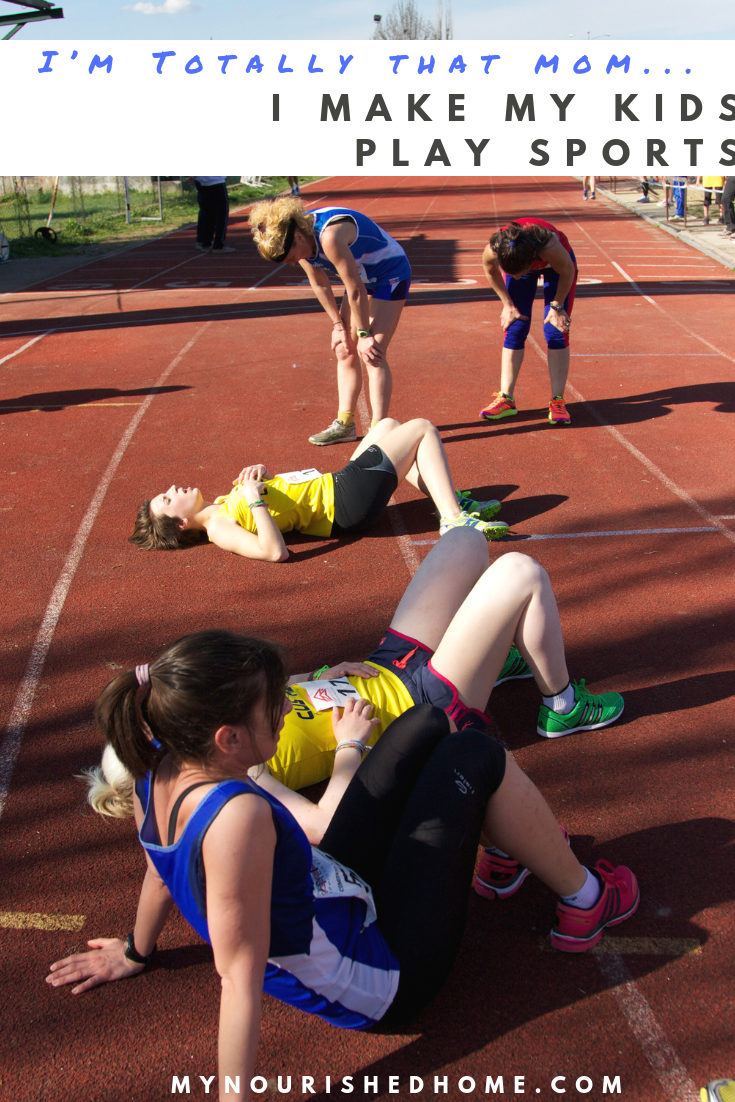 Can sports help kids be healthy as adults?

Now, she’s in college and running is still a big part of her life.

I’ll always ask her, “Have you been running lately?” She’ll say, “No, not lately. I’ve been busy. I think I’m going to get my shoes and go for a run.” Inevitably, I talk to her afterward and she says, “Wow, I sure do feel better now that I got some exercise.”

That’s really all we want for our kids – to put the tools in their toolboxes so they have the power to influence their own health and well-being as adults.

So when they’re young, when we put them into sports. We don’t care what sort of sport they choose. Or how many different activities they try. We just care that they play. We care that they play with other people, and we care that they exercise every day as part of their life and that they develop that habit so that it does last through college and into adulthood.

What if my kids hate sports?

Since we have three daughters instead of three sons, my husband is often asked, “What are you going to do if your kids decide that they want to take ballet instead of play soccer?” (Because apparently,
boys can’t enjoy ballet??!)

He just shrugs his shoulders and says, “Well, I guess I’ll buy a tutu and a book about ballet.”

A habit of healthy activity. The ability to be a leader and a teammate. To develop interpersonal skills that last a lifetime. Those are the goals. We don’t care what sport gets them there. 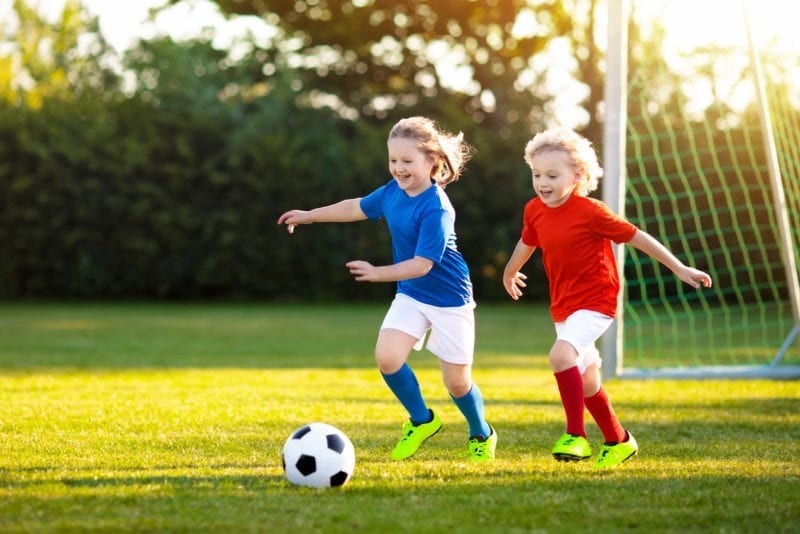